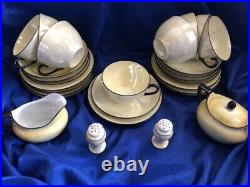 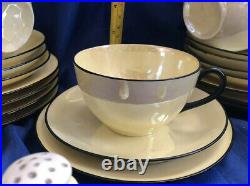 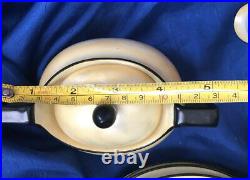 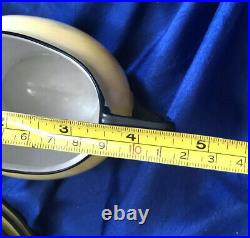 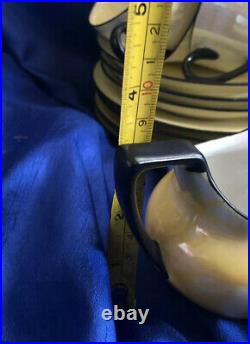 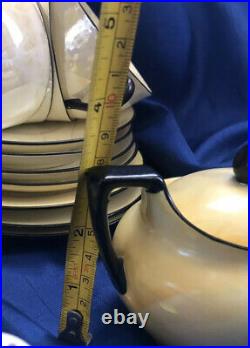 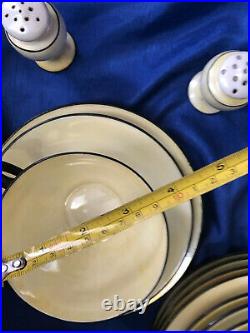 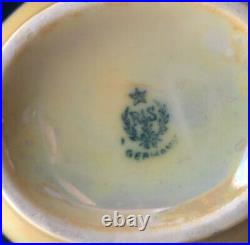 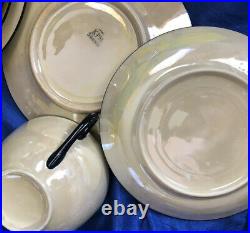 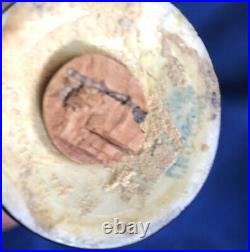 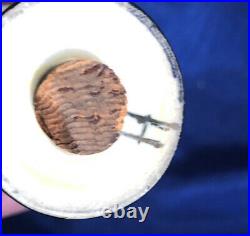 Colors vary in different hues and intensity due to manufacturing techniques. Krister Porzellan-Manufaktur was established in 1831 by Carl Franz Krister. He worked before for two other factories active in a city of Waldenburg.

The first was established in 1820 by C. Rausch and the second opened Traugott Hayn in 1829. Krister's idea to achieve success was imitating Königliche Porzellan-Manufaktur (KPM) in Berlin.

That's why marks of the Waldenburg factory are similar to marks of the factory from Berlin. It was also a reason of quality that let Krister succeed. Already in 1850s the factory was one of leading European porcelain manufacturers.

In 1852 and 1867 Krister factory got awards in the International Exposition in Paris. In 1867 Carl Franz Krister died. In 1920 the factory was transformed into a stock company. Only a year later the company became a part of Philip Rosenthal Krister Porzellan Manufaktur AG.

In 1945 Krister was overtaken by Polish authorities and nationalized. The company started to operated as Panstwowa Fabryka Porcelany KRISTER and eventually Porcelana Stolowa KRZYSZTOF. In 1953 the factory started to use "WAWEL" brand. Pottery and porcelain production in Tulowice started thanks to the pottery clay discovery. Easy access to clay convinced count Johann Carl Praschma to establish a faience factory.

In 1889 the firm was overtaken by Arnold Schlegelmilch. He continued to run it as part of the Reinhold Schlegelmilch enterprise until he died in 1934. The Tillowitz factory exported 80% of its production to the USA.

Most of these products were marked as R. The factory operated also during the WWII.